So it has been two weeks today since I moved to Portugal and it has been a strange time. There have been many ups and downs, at times feeling at the top of the world, and at others really struggling with adapting and wanting to go home. It’s a strange sensation because living in a different country, especially where the culture is so different to your own, because it feels like I’m just on a holiday and constantly in tourist mode, even though I’m here permanently.

Before I go any further, a song…..

Back to the matter at hand, yeah, I’ve spent most of my last two weeks trying to adapt. I’m really struggling with the language, and whilst I’ve got some words nailed, I don’t think I would possibly hold an entire conversation, or even go beyond the “hello, how are you” stage, but this is a good thing.

One of the main reasons I moved here was to have a change in life, or at least one that didn’t revolve around changing gender at least. I’ve been trying to do things differently since I moved here, such as trying to socialise with colleagues outside of work, which as many of you that have worked with me know, isn’t easy for me. Work me and social me are two very different people, plus I’m not exactly the most socially appropriate person due to not really having a filter between my brain and mouth, something that has caused a lot of problems in the past. I also don’t hide emotions well, which is great when I’m enthusiastic about something, but when I’m pissed off it really shows.

Struggling to adapt isn’t helped by the fact that during the first 10 or so days, I was actually anticipating going home and treating it very much as a working holiday as I had received a job offer from a telecoms company south-west Leeds to become a Project Co-ordinator. Mentally I had already checked out, but because things weren’t moving as quickly as they would have liked with references (kindly ignoring that the guy who said this took a week holiday in that time), they decided to withdraw the offer. I have got one final potentially incoming offer from the UK that I am currently waiting on calls back for, but it is now at the point where if I didn’t get that, I would be happy to stay.

The job itself is fine, it is a little complicated due to the subject matter (I can’t/won’t go into it, but it involves working within the American and Canadian markets). There are a few of my new colleagues that I actually really like, such as Kelvin, Junio and Shantel, the latter of whom shares the below picture with me after we found Pop Funkos that best reflected our personalities 😛 There isn’t anyone that I overly dislike, which makes a nice change, but take into account that I haven’t really spoken to half of them.

The main reason for my contented nature if I have to stay for this role is that it turns out my role is part of a team of six, all of us starting at the same time, and the prospects for progression are ridiculously promising, with even a potential supervisor position coming within a few months of properly starting the role. I’m not counting my chickens as realistically all six of us can’t move up to a supervisor level, and there are some really good people in the group that would make great supervisors, but given I have experience doing management roles in a variety of different environments, including a call centre and at two cinemas, I think I’d stand a decent enough chance if my knowledge is up to scratch. It’s not even worth thinking about properly until I pass the exam at the end of the training, which I’m feeling mixed about in terms of my chances at the moment.

Away from that things are still a bit weird following my op. I went to the beach for the first time since the op yesterday, even going in the sea, which was weird because I’ve never actually done that before, or at least not in my adult life. Because I still have body-confidence issues, especially given that I am convinced I’ve put on a bit of weight since I moved to Portugal, I decided to simply wear beach shorts and a t-shirt. Maybe one day I’ll be fine with the idea of going to the beach with normal beach-wear, but until then, I’ll stick to my shorts and t-shirt.

It certainly wasn’t the only transgendered related thing from the last few weeks as a friend of mine got in contact and said a loved one had come out as transgendered, and they were both looking for some advice. I’m obviously not going to name them, but it was nice to feel useful for once, and it was great to help. Afterall, I was at that same stage in 2012, and I initially struggled due to a lack of support from someone who had done it previously. I suppose that it why I set up this blog in the first place, to help people.

Despite some people thinking I am a bit of a self-obsessed dickhead, I do actually like helping people. I think that thought amongst people comes because I’m not very good at articulating that in person. It is something that I’m been working on a LOT over the last year or two, so hopefully those of you that I know personally have noticed an effort in that regard.

Oh well, until next time. 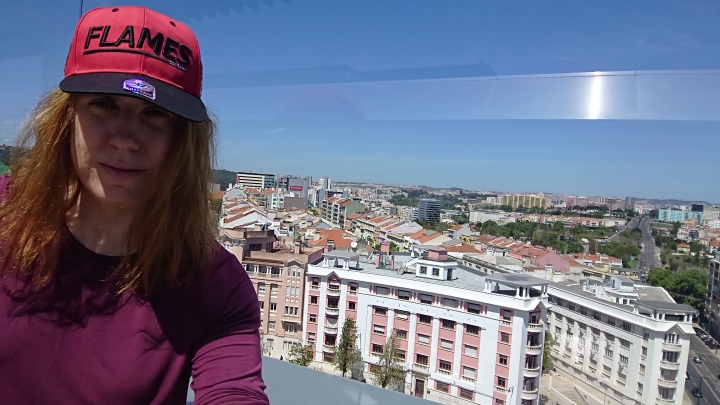